Earn Your Magpie's Trust and Never Be Dive-bombed Again

Two sets of magpie parents have brought their chicks in our yard, giving us a dozen magpie babies over five years and we have never been dive-bombed.

Looking back over the first twenty years of living in Australia, it's hard to believe that I used to make every effort to avoid these birds -  and now I love them so dearly.   Like many Australians, I would hear stories about people being dive-bombed and chased by magpies during the breeding season.  Comparatively few magpies actually do attack humans, but it doesn't take that many stories to give the whole species a very bad name.  So, wary of their reputation, I would take long detours when necessary to avoid passing one.  But that was when I didn't know how friendly and loving these birds really are.

Fatty and Molly were an old magpie couple and had only recently become friends with humans. Maggie, as all the readers who have read his story on this site before know, was our dogs' bird and grew up here. But his mate Vicky came from the bush and was not used to humans.

Both magpie mothers Vicky and Molly have literally led me through the bush and shown me their nests.  Moreover when their kids were born, Maggie and Vicky have always brought their babies to see us, within a few days of coming out of the nest. Molly, who was always shy of humans and liked to keep her distance, had no problems leaving her children in our care.

This is quite remarkable considering how protective magpies are of their children. These are wild birds. They are not tame and have not eaten from our hands.  But they know they can trust us.

By giving them water and some food, they know that we are friends. Because we talk to them, call them, and show a genuine interest in their welfare, they respond with the same love and trust.

Even magpies in other parts of the country, who don’t know us, have dropped their defences when we talked to them and let us walk past their children without attacking us. I think they can sense that we are not mistrusting of them. They listen to the tone of our voice and recognise that there is no threat.

Don't be afraid to talk to a bird! They won't understand the words, but they will get the message that you are their friend.

The photographs in the slideshow below are of  Baby Gemmy, Vicky and Maggie's first child.  The images have been scanned from old photographs (remember the pre-digital age?).

(click on the 'next' button to forward through the slides). 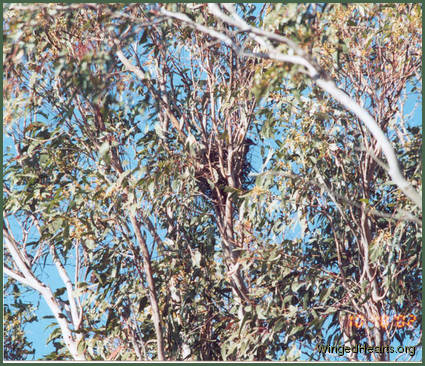 Proud parents delighted to show us their bub 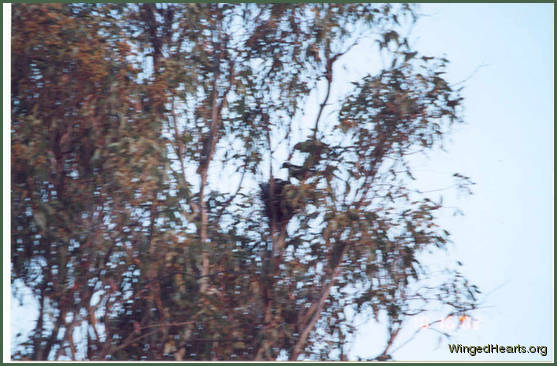 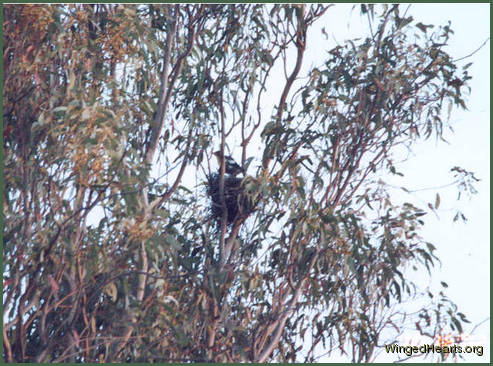 First day out - see the humans below 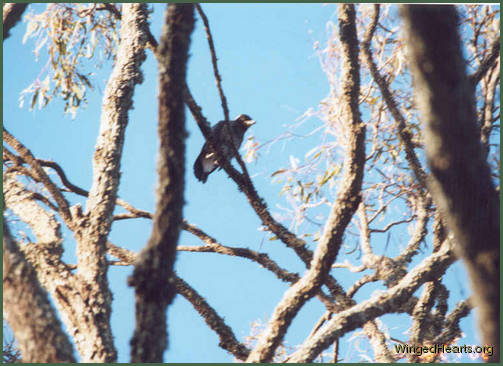 Dad Maggie tells the babe: those humans are my friends 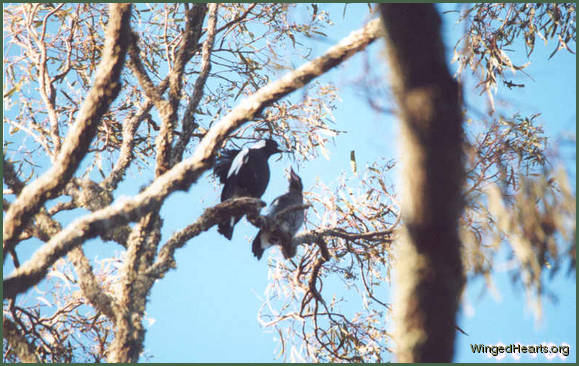 No need to fear the big eye (the camera) either 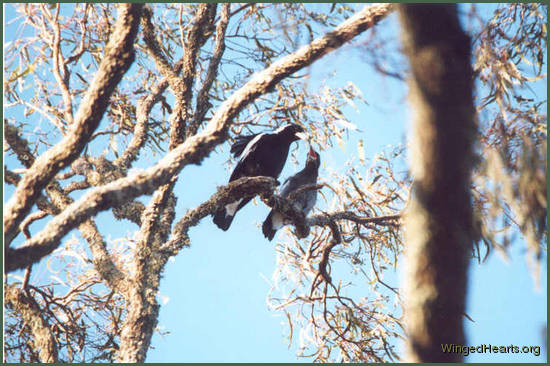